From Universe-shattering finger snaps, to Lady Gaga, to Nic Cage lighting a cigarette from a burning, decapitated Goblin head, 2018 has been quite the year in film.

It might have come and gone in the blink of one, but the last 12 months have given us plenty for the eye to feast upon (with a few stingers along the way too, of course), proving that cinema is far from the festering pit of reboots, remakes, and studio franchises it’s so often claimed to be. On the contrary, there is originality and invention everywhere you turn – everything from horror movies scarce of dialogue, to intimate Westerns, to satirical horseplay (quite literally). 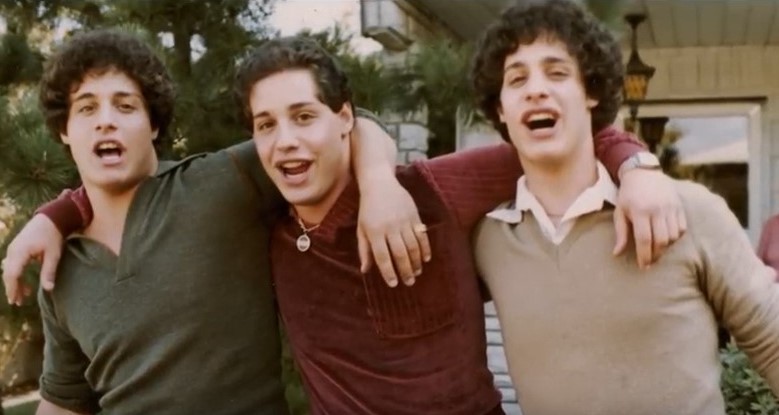 You certainly wouldn’t be alone in feeling more than a little intrigued by Tim Wardle’s high-concept documentary Three Identical Strangers. The true story of New York triplets separated at birth finding each other almost two decades later sells itself. But Wardle’s film is about so much more than it first appears. This is a tale that gradually transitions from a life-affirming account of rediscovered brotherhood into an unsettling assessment of psychology, morality, and the age-old question of nature vs. nurture – via several shocking twists.
Go in knowing as little as possible about this remarkable tale, aside from the fact that Three Identical Strangers is exactly how documentaries should be.
Minds might well be blown; but, once you’ve recovered, you’ll thank us. Read the full REVIEW here. 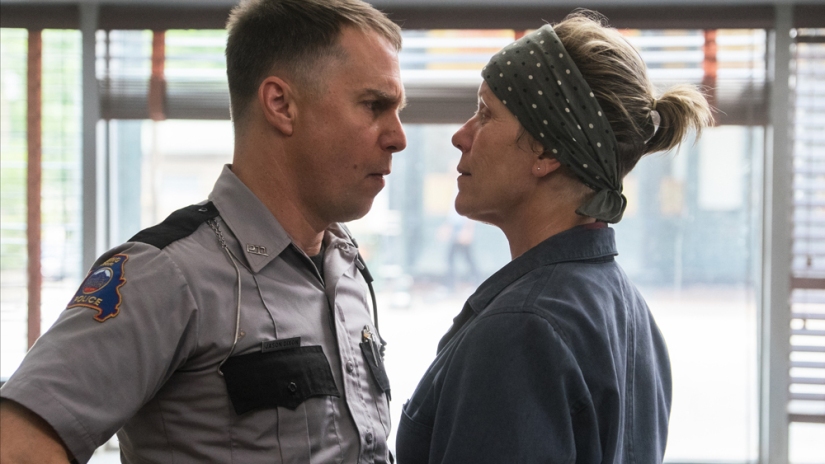 From three identical brothers, to three (nearly identical) billboards – the ones you can’t say piss or c**t on, anyway.
Of all the films in 2018, it’s hard to think of one that blended humour and pathos as seamlessly as Martin McDonagh’s Three Billboards Outside Ebbing, Missouri. Memorable for its razor-sharp script and brilliant plotting, but it’s the performances of stars Frances McDormand and Sam Rockwell – both worthy recipients of Oscars in the Best Actress and Best Supporting Actor categories, respectively – that give McDonagh’s film its added bite. And some bite it is, too. Read the full REVIEW here. 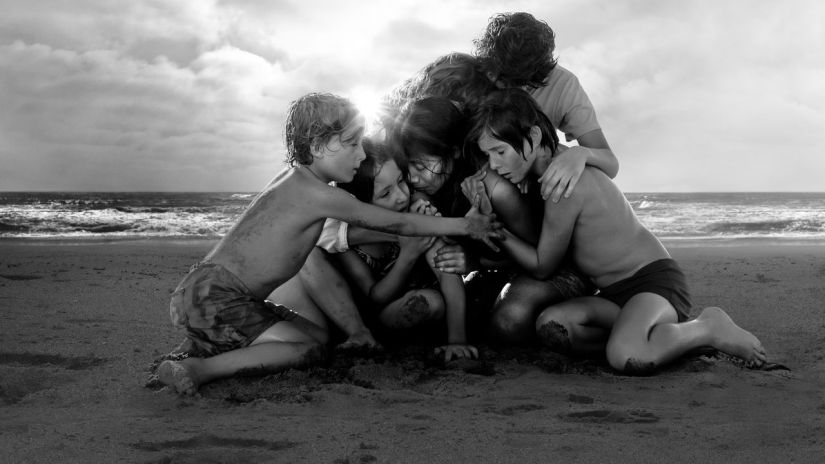 Alfonso Cuarón’s Roma is more a memory than it is a film. Set in the district of Mexico City where he grew up, Cuarón effortlessly captures the essence of ‘magical realism’ as its story – the life of a middle-class family’s young live-in maid – is one grounded in reality but articulated in a way that seems altogether otherworldly.
Gently placing you under its quietly hypnotic spell, Roma is unquestionably one of the most beautifully realised works of recent times. In fact, work is underselling it – Roma is pure artistry. Read the full REVIEW here.

7. They Shall Not Grow Old (Peter Jackson) 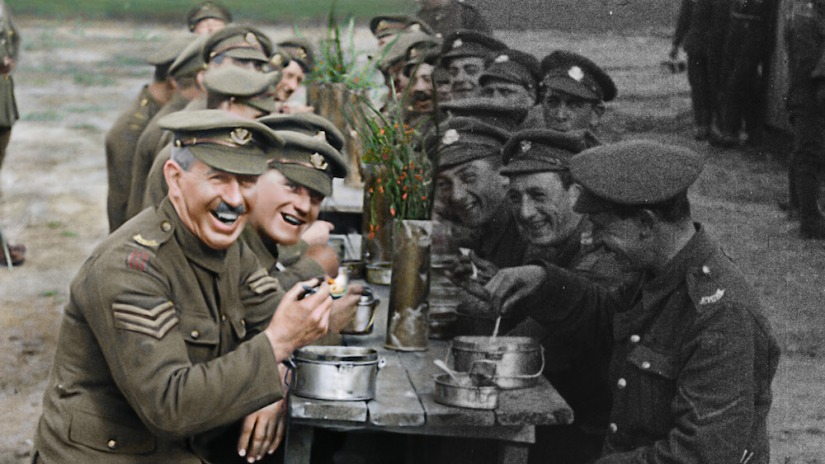 Peter Jackson put his name to two films in 2018.
One was a post-apocalyptic action adventure about entire cities racing around on wheels gobbling up smaller settlements. The other was a WWI documentary in colour. The former was disappointing. The latter was a remarkable passion piece.
Released to mark 100 years since the end of the first Great War, They Shall Not Grow Old is both a deeply emotional portrait of a terrible period in 20th century history and a triumph of technical wizardry.
Meticulously colourising archive footage and carefully picking anecdotes from those who experienced it first-hand, Jackson and his team effortlessly melt away a century, providing a strikingly raw depiction of a bleak, but occasionally warm time in Europe’s modern history. They Shall Not Grow Old is exactly what cinema was invented for. Staggering stuff.

Leave No Trace appears to have taken its title a little too literally. It’s easily one of the most beautiful and astutely accomplished films of the year, and yet it seems it has evaded many people’s watchlists.
Granik’s film follows the criminally underrated Ben Foster and rising star Thomasin McKenzie as a father/daughter duo who live in the woods. One is a veteran suffering from severe PTSD running from the world. The other is a young adolescent slowly finding her place in it.
Adapted from Peter Rock’s novel My Abandonment, Leave No Trace remains honest and tender throughout. Never straying from the realms of plausibility, the film is a human tale about the human condition. As such, it will strike a different – but equally meaningful – chord with all who watch it – one that will chime away for a long time afterwards.

The days of the Western being the golden genre of the film industry are long gone. That said, every now and again, there strides in a good ol’ fashioned gunslinging cowboy romp to remind us just why they were at one time the go-to for Hollywood.
Hostiles is not one of those films. Sure, it takes inspiration from the genre’s heavy-hitters, but Scott Cooper’s film is a far grittier and intricately layered character study that is as sweeping as it is intimate.
Christian Bale plays Capt. Joseph J. Blocker: a weathered military man with a history of violence and some deep-rooted prejudices. His journey – both physical and figurative – is a slow burning odyssey into redemption, rivalry, and respect, with a few explosive shoot outs thrown in for good measure too. Hostiles is unquestionably the best of its kind since No Country for Old Men. Read the full REVIEW here.

Lynne Ramsay is most certainly quality, not quantity. She doesn’t make a huge number of films, but when she does, you know it’s one to watch.
You Were Never Really Here – her first film since 2011’s We Need to Talk About Kevin – is a haunting masterpiece. Hovering somewhere between thriller, horror, and enigmatic character study, You Were Never Really Here places a simmering Joaquin Phoenix in the shoes of a traumatised hired gun tasked with returning a young girl from a sex trafficking ring. Both brutal and touching, with You Were Never Really Here, Ramsay takes a conventional tale of redemption and peppers it with so much poignancy and originality that it simply couldn’t not make this list. Read the full REVIEW here. 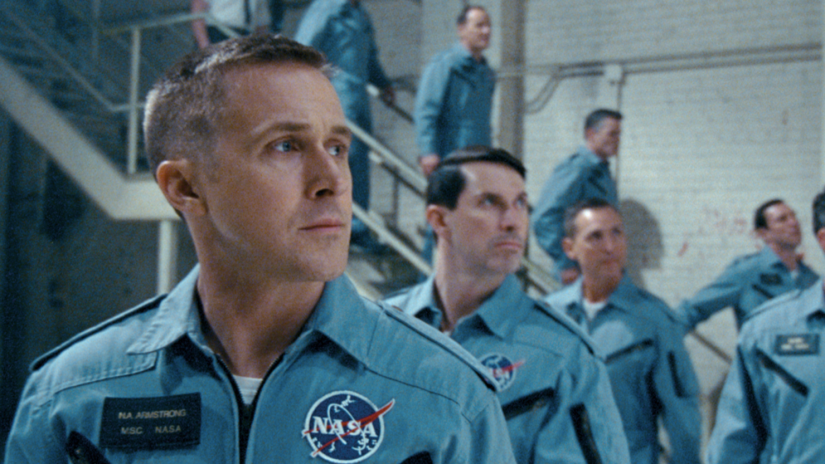 First Man got a rough ride.
Damien Chazelle’s widely anticipated follow-up to his Best Picture-that-never-was La La Land, First Man saw Chazelle’s first venture into a project not centered around music. It was always a gamble. It was always going to prove divisive. But First Man – detailing the life of astronaut Neil Armstrong in the build-up to the infamous moon landing – is actually Chazelle’s most delicate and intricate film thus far.
In many ways, First Man is actually a Space opera, but it’s primarily a powerful, touching metaphorical film that uses physical exploration to explore the interiority of man. A nuanced Gosling is tremendous, while Foy is the adhesive holding everything together as wife Janet. First Man is both spellbinding and terrifying in perfectly equal measure. Read the full REVIEW here. 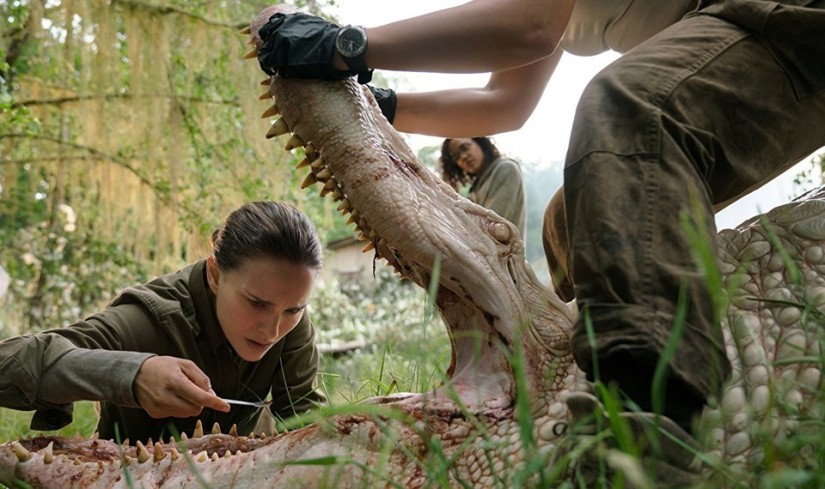 Annihilation has everything. Striking visuals, staggering concepts, meaningful characterisation, great performances and one haunting score. And in Alex Garland, the science-fiction genre has a gem on its hands.
The author-turned-filmmaker earned his stripes with the fabulous Ex Machina; but Annihilation is a totally different beast altogether.
Natalie Portman joins an all-female team of scientists hoping to unearth the secrets of a mysterious area of coastal land engulfed in a sheen known as ‘The Shimmer”, from which only one man (Oscar Isaac) has ever returned.
There are many questions. The answers might just leave you flabbergasted. Read the full REVIEW here. 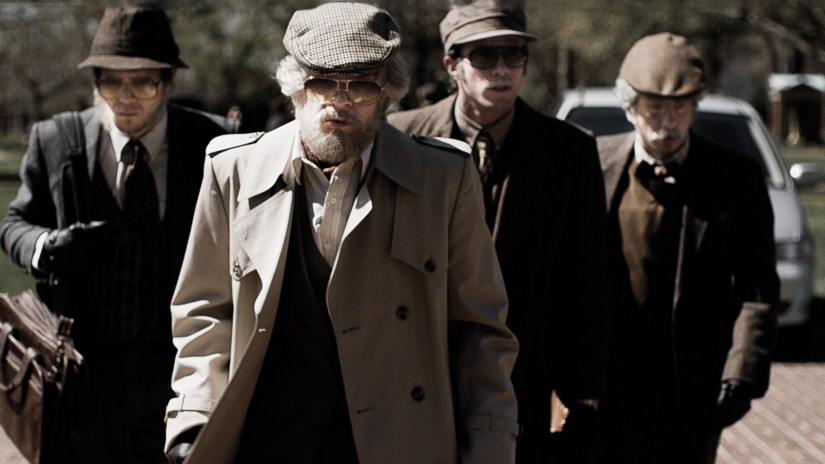 Bart Layton may have only 2 feature films to his name, but the Brit is quickly becoming one of the finest filmmakers in the game.
The first of those two – 2012’s The Imposter – is one of the decade’s best documentaries (it’s well worth a watch if you haven’t already). His second, American Animals, takes the conventional documentary format and runs riot, creating an astoundingly original account of a real-life heist gone wrong that is both wholly unreliable and utterly captivating.
Spearheaded by impressive performances from Barry Keoghan and Evan Peters, American Animals clasps you tightly in its grasp from minute one and never loosens its grip.
If you’ve still got fingernails by the time the credits roll, are you even human?

Got a favourite film of 2018 not on this list? Let us know in the comments below!