Oakland resident Cassius “Cash” Green (Stanfield) is suffering an existential crisis. Living in his Uncle’s garage with girlfriend Detroit (Thompson), he becomes increasingly frustrated with his own life and future. After landing a lowly job at a shady telemarketing company, Cash reaps the rewards of rapid career progression. But are things truly as good as they seem?

We all know how we like it. Some take their’s strong; others like it milky. Then there are those who prefer it sweet; and others who scowl at even the slightest mention of sugar.

However, if you’re someone who takes their tea fast, frenetic, full to the brim with inventive imagery, and laced with a fiercely pertinent anti-capitalist sentiment, then Sorry to Bother You might just go down a treat. 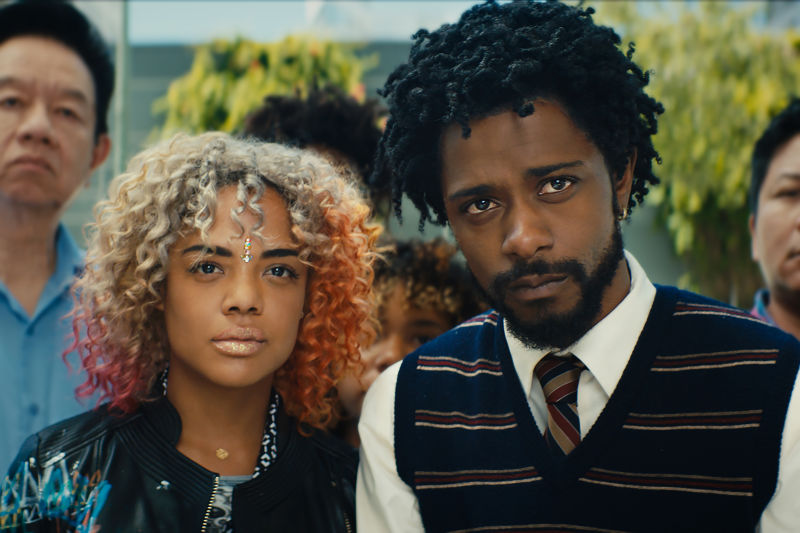 It’s hardly surprising that for a film written and directed by a man well-versed in political activism, there’s very little beating around the bush. The son of civil rights campaigners, Boots Riley – known largely for his musical ventures – has absolutely no qualms in laying out his political agenda for all to see. What is surprising, however, is that this comes as a directorial debut when it has all the panache and ambition of someone who’s been in the game a very long time.

Our entry into Riley’s alternative Oakland, where advertisements for WorryFree – a company offering free food and accommodation in exchange for lifetime work contracts – are everywhere, is via the life of Cassius Green. Disillusioned to the point of laying awake at night contemplating the explosion of the sun, Green is a man convinced his existence has little meaning beyond his role as an insignificant cog in the machine of life.

It’s fair to say he’s more of a glass half-empty kind of guy. However, things start to look up when – after experiencing one of those job interviews we’ve all been warned about – Green lands a desk job at RegalView: a mundane, less-than-inspiring telemarketing company.

He quickly learns that to be a success in a job that almost exclusively entails gate-crashing (quite literally) people’s lives to sell them stuff they don’t need, he needs to, in the words of his colleague, “Use your white voice”. Taking such advice on board, he quickly navigates his way to the realms of ‘Power Caller’: an elitist group of RegalView employees who have their own swanky elevator and sit on the floor above. Riches and recognition swiftly follow, but there is, of course, a rather hefty cost to pay. 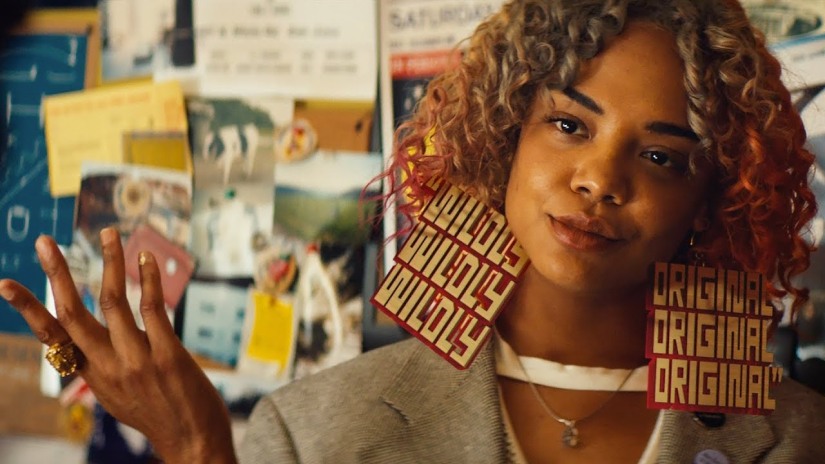 With a confident and assured set-up that etches Riley’s tonal messaging early doors, we soon learn it’s hardly coincidence that Cassius has the nickname “Cash”: this is a film about cashing in identity for money and ego in a world where only those without a shred of moral conscience flourish. It’s a blunt, sobering assessment that deems an entire system to be poisoned, and we are all to blame.

But there’s real playfulness amidst Riley’s damning pertinence, though. This is a colourful, pacey narrative permeated with an abundance of visual ingenuity and flair. While several of the film’s surrealist sequences draw Charlie Kaufman-shaped comparisons, Sorry to Bother You quickly adopts a strikingly original visual pallet, complemented by a script that’s razor sharp, and pumped full of ideas born from increasingly absurd places.

There are equally impressive performances to boot. Lakeith Stanfield – known best for his title-screaming supporting role in Jordan Peele’s 2017 horror smash Get Out – quickly embodies Cassius’ confused, conflicted state with natural finesse; while Tessa Thompson only adds to her rapidly growing reputation with a wonderful turn as an artist-cum-activist.

But this is a film elevated by the boldness of its director. While it will certainly prove divisive among audiences, and occasionally suffers from fleeting moments of self-indulgence, this is one of 2018’s most refreshing, self-aware creations that is as compelling as it is comedic.

Arresting and intriguing – with plenty of horseplay – Sorry to Bother You signals the rise of an exciting new voice in cinema. But, of course, the title is deeply ironic: this is a film that wants to bother you, and is far from apologetic in doing so.