Like Ealing Studios’ classic Dead of Night, Ghost Stories is a celebration of horror – an anthological amalgamation of the genre’s most imitated, and widely recognised tropes. And while it’s unlikely to carry the longevity, or long-standing impact those nightmarish images of Sir Michael Redgrave clutching the malevolent Ventriloquist dummy have, Ghost Stories does have that bloke from the Aviva adverts…

It also makes for a kickin-it-old-school film that is the cinematic equivalent of a fairground haunted house ride. Slow, occasionally jittery, but almost always raucously entertaining and bone-chillingly uncomfortable. 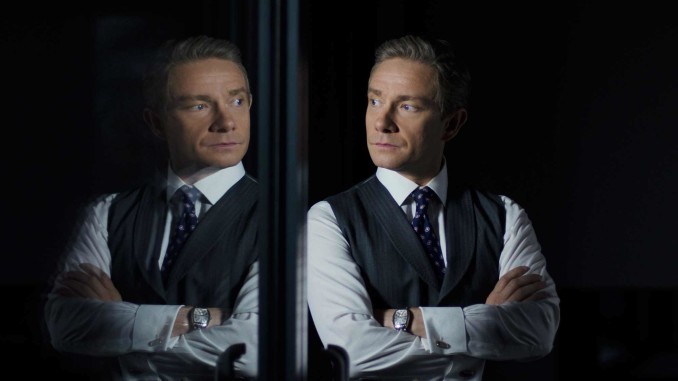 Adapted from their own stage play, writer/directors Jeremy Dyson (notable for his work on The League of Gentlemen) and Andy Nyman (a collaborator with Derren Brown) offer up a tutorial in the quintessential ghost story flick. Nyman plays Philip Goodman, a cynical Professor who spends his time disproving, and exposing, the works of psychics and supernatural believers. When he is personally summoned by a famed paranormal investigator who had long been considered dead, he is tasked with solving three inexplicable stories of horrifying hauntings. Each told through terrifying flashback, the first concerns a night-watchman’s (Whitehouse) frightening vision inside an abandoned, decrepit correctional facility; the second, a teenage boy’s (Lawther) disturbing experience in remote woodland when his car breaks down late at night; and the third, a father-to-be (Freeman) observes some strangeness in his home while his wife is in labour at the hospital.

Well, yes, for the most part it is. Each chapter houses the usual generous helping of jump scares and shock tactics. But Nyman and Dyson neatly thread together each tale with seemingly throwaway details and cryptic motifs that only bear fruit in the film’s finale when it becomes apparent that these accounts of ghostly sightings might have more of a significance to Goodman than he could ever have imagined. Intricately fractured, and deftly elliptical, Ghost Stories is a film that offers up its audience all the conventional showcase pieces, that ultimately come together to form something much deeper and more poignant come final-act time.

But acts aren’t the only theatrical roots that protrude from Ghost Stories cinematic path. Every one of the three cases is itself a separate production, each staged at a distinctly different setting, each segment brushed with its own distinct colour pallet, tone, and lighting choices.

However, Nyman and Dyson are also, quite evidently, avid students of the horror film – ones that’ve clearly done their homework too, we might add. From slow-building, docu-style openings that’ll resonate with fans of Daniel Stamm’s underrated 2010 film The Last Exorcism, Ghost Stories expands its homage canvas to the full length and breadth of some of the genre’s most pinnacle pictures. Amidst a narrative structure embedded in the classic portmanteau age of British horror, there are sprinklings of the camp Hammer era, as wells as stylistic garnishes that echo the across-the-pond classics such as Rosemary’s Baby, Evil Dead, and An American Werewolf in London. Heck, they’ve even somehow managed to sneak in a cheeky Dr Ian Malcolm (that’s Dr Sexy Jeff Goldblum to most) quote in there too. 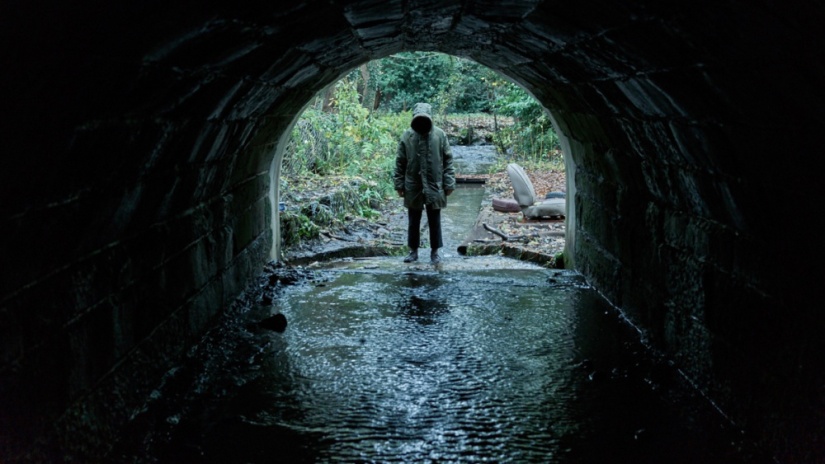 But this is more eerie pastiche than parody, and what the film might lack in originality, it more than makes up for in brooding atmosphere. In its less pulse-raising moments, the shots of dimly lit interiors and grey, decaying coastline fused with the sinister finer details combine to produce a bleakly unnerving experience to go with the popcorn-projecting fright fest.

This too, is reflected in the performances of its disappointingly and surprisingly all-male cast. Freeman is suitably creepy and detestable; Lawther gives an intense portrayal of an adolescent visibly pained by forces of the supernatural and, it is more than suggested, by those very real. But, it’s Whitehouse (yes, that Aviva bloke) who turns in the most impressive performance of the lot. Funny, nuanced, with the softest of tugs on the heart-strings, his scenes are the most impactful and affecting – ghost, or no ghost.

An altogether impressively disconcerting viewing experience (watch it on the largest screen, in the darkest room possible), where even the finest of details has its place. With Ghost Stories, you’ll need to keep your wits about you, as much as you’ll be scared out of them.