An anecdote about that time in King’s Lynn when a young Zak Bevis wore his dad shorts in the ring and his penis fell out is probably not something you’d expect to find in a film starring Dwayne Johnson about the glitz and glamour of the WWE. But, in 2019, here we are.

For those of you who find that the terms ‘Finisher’, ‘Hell in the Cell’ and ‘the Jabroni beating, pie eating, trailblazing, eyebrow raising People’s champ’ don’t mean an awful lot (or make a whole lotta sense for that matter), welcome to the WWE, AKA the World Wrestling Entertainment, Inc. — a place where grown men and women, muscled-up to the max and wearing ridiculous costumes, fling themselves from 30-foot steel cages and through flimsy wooden tables to the adoration of millions.

Fighting with My Family – a new film written and directed by Stephen Merchant, based on a 2012 documentary from Max Fisher – recounts the meteoric rise of one of its brightest (super)stars. Nope, not The Rock (Johnson – who, as well as playing himself, also takes up the role of Executive Producer here), or even Zak Bevis (Bowden), but that of his younger sister Saraya (Pugh): a plucky girl from Norwich who heads across the pond to take the wrestling world by storm under her hugely popular alias, Paige. 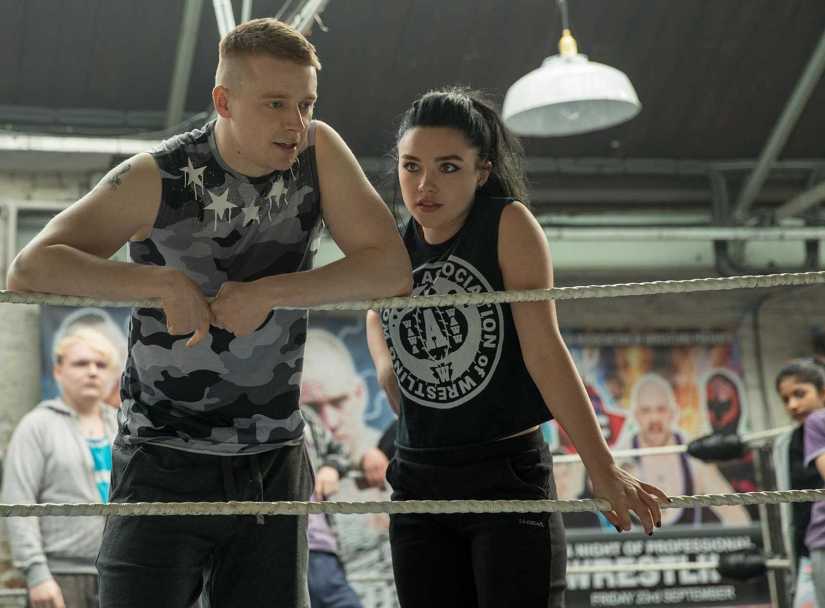 As one character aptly states, “this is a soap opera with spandex”, Fighting with My Family is a wrestling film that isn’t really about wrestling. Following the tribulations of a WWE-obsessed Norfolk family, headed up by dad Ricky (a brilliantly bumbling Nick Frost) and mum Julia (the equally impressive Headey), this is a tale about fighting both in and, more importantly, outside the ring.

Beginning with the central siblings as wide-eyed pre-teens grappling with one another while WrestleMania blares out from the television in the background, Merchant sets in motion his narrative conundrum early doors. Blending comedy and pathos, the film’s crux rests on one painful inevitability: that of the two inseparable adolescents with a shared dream, only one will get the chance to fulfil it. Cue a film about low blows, both physical and emotional, in which aspirations are reached, while others are simultaneously shattered. Cue a film about families: close-knit ones, fractured ones and entirely new ones. Cue a film about two entirely different worlds — one with millions of dollars behind it, the other where “if things don’t pick up, I’m gonna have to go back to thieving” — united by an unwavering love of Lycra. 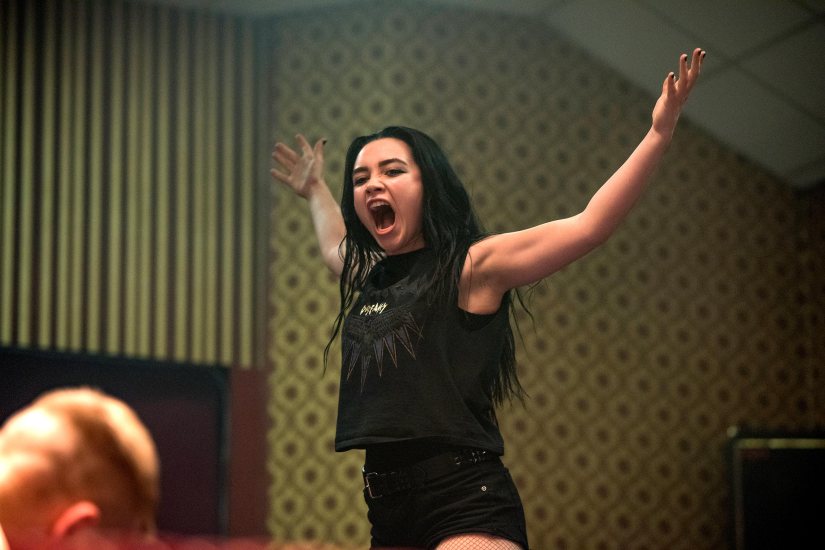 But, like a well-choreographed pay-per-view event, Fighting with My Family brings out all the familiar moves in exactly the order you’d expect it to. Using the archetypal diamond in the rough blueprint laid down by the fist-pumping sports biopics of yesteryear — in fact, tag in any industry here (music; film) and very little changes — Merchant utilises the classic combination of highs, lows, frictions and feels – as well as the obligatory training montage – to navigate his rags-to-riches, coming-of-age-with-clotheslines narrative. A fistful of nice surprises occasionally land — namely, a revelation involving a typically one-dimensional WWE Diva-wannabe — but this fairly by-the-book story sticks rather rigidly to the script.

And yet, despite its beat-bashing predictability, Merchant and his talented cast – which includes Vince Vaughn playing the type of hard-but-soft douchebag he should always be portraying – pumps his film so full of heart and humour that an uplifting realness permeates a world in which so much is premeditated. If you’re not even the slightest bit moved by the time the credits roll, you probably deserve a People’s Elbow.

With Fighting with My Family, things stay firmly inside the ring of conventionality; but nonetheless, this is one underdog story you can’t help but root for.