Anthologies are Marmite for movie-goers. To anyone not familiar with the dark, thick whateveritis, you either love it or hate it.

The portmanteau film largely follows the same general rule of thumb. To some – unless they have a clear tie-in, à la Ealing’s classic Dead of Night – it can be a frustratingly disjointed, too-many cooks experience. To others – perhaps those who also enjoy scouring a restaurant table with a gluttonous glare, fork in hand, swiping at everyone else’s dish – it can be a joyous selection box of cinematic treats.

Regardless of which side of the fence you find yourself, the era of big-budget, domineering franchises, spin-offs, remakes and reboots has rendered the anthology film a thing of rarity which, just like those 19th century folk who took to the rivers and fields in search of gold and fortune, you’ll really need to go digging to find. It is perhaps with a meaty chunk of inevitability then that Netflix wanted a slice of that anthological action once it caught whiff of what the Coen brothers were cooking up in their cinematic slow-cooker. The result is a rather sluggish, lumpy sextet of stories of varying quality, peppered with a few moments of blissful excellence. In other words, the quintessential 3-star movie. 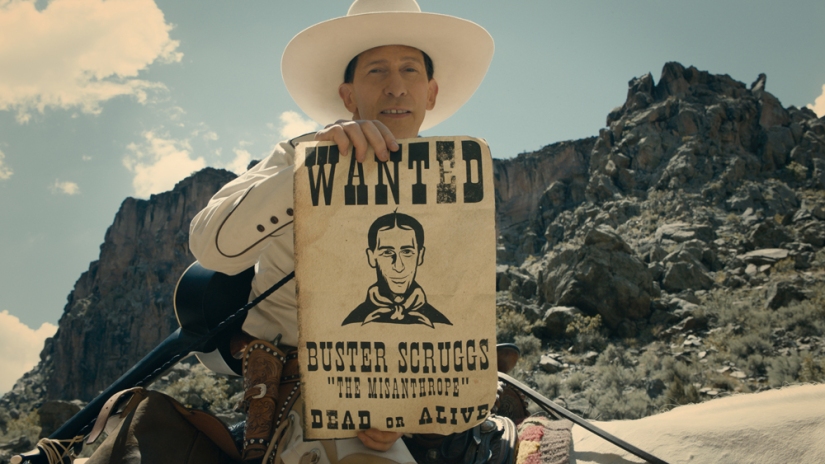 It’s no secret that the Coens have always been big fans of the Western. You need look no further than the darkly comic No Country for Old Men and the 2010 remake of True Grit to see that Ethan and Joel enjoy nothing more than filling their boots with the dust of the good ol’ gunslingin’ West. And The Ballad of Buster Scruggs is arguably their most extensive genre love-letter to date, with six separate stories, each with a focus on a different popular facet of the period.

Beginning with the titular tale of singing, guitar-strumming outlaw Buster Scruggs (Nelson), the film then follows a rugged cowboy (Franco) and a botched bank robbery, before jumping to a travelling impresario (Neeson) and his failing show; an ageing prospector (Waits) on the hunt for gold; a lonely young woman (Kazan) on a Oregon-bound wagon trail; and, finally, a conversation between five strangers (including Brendan Gleeson) riding together in a stagecoach that ranges from the normal, to the peculiar, to the down-right disconcerting.

Although the stories are neatly packaged together within an old illustrated hardback – a quick passage of page-flicking bookends each tale – and permeated by some breath-taking cinematography, each one has a distinctly different tone. Quirky, sombre, tragic, peculiar, ambiguous – you’ll find a sprinkle of them all. It’s evident that each episode has been moulded with careful hands and baked in the fires of adoration; however, the very nature of the anthology film means that certain segments work much better than others. 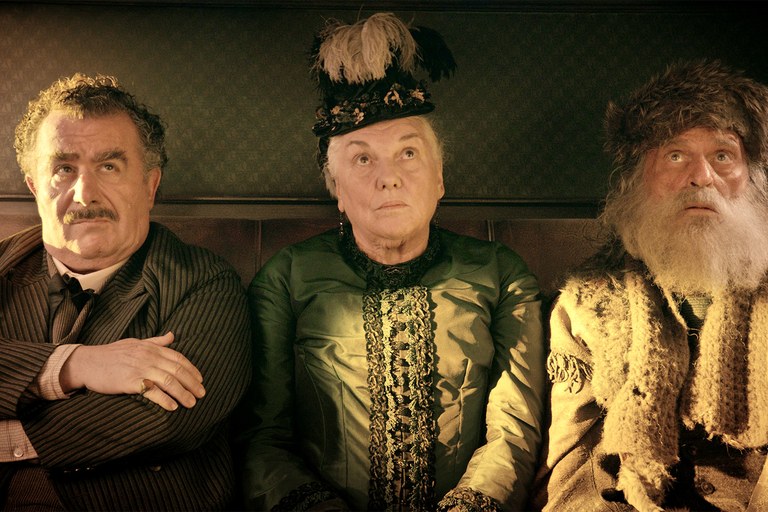 The enigmatic tale ‘Meal Ticket’ starring Neeson and Harry Potter’s very own Dudley Dursley (Harrison Melling) is difficult to wholly engage with, while the Franco-led ‘Near Algodones’ plays a little too close to convention to be memorable. The best of the bunch is easily ‘The Gal Who Got Rattled’, which competently combines a wonderfully scripted, Kazan-playing-it-straight, touching story of romance with a generous helping of ironic tragedy, rounded off with what is quite possibly the finest shoot-out scene of the year so far.

But, cover to cover, The Ballad of Buster Scruggs really is a mixed bag; and one that, despite its admirable ambition, sadly falls down in almost every Coen-comparison category. It lacks the subtle wit of No Country; the idiosyncratic fun of Fargo; and the fluidity of The Big Lebowski. However, if you ever needed reminding just why the Western was, at one time, Hollywood’s go-to genre, then you could do a lot worse than this.

In a film that has a fair few bullets whizzing about, it’s quite fitting that The Ballad of Buster Scruggs is a bit hit-and-miss.