Suicide Squad has more Academy Awards than The Shawshank Redemption.

Yep, you read that right. I’ll just wait here a second while I let that sink in.

Sigh indeed. But, alas, at least Shawshank got nominated, and nominated in all the right categories at that.

While I might still be recovering from the elation of Get Out‘s Best Picture selection (fellow horror film aficionados, enjoy the moment – it’s been a long time coming), one can’t help but take a moment to ponder those names that either find no place in a category they really should be in, or worse, find no place on the Academy seal of approval list at all.

It happens every year, with 2018 being no exception. And so here are WTM?’s picks for the biggest Oscar snubs of the nominations. Agree and disagree away…

Sean Baker’s warm, vibrant, honest slice of American realism graced many a Top 10 of 2017 list – and with good reason. Since its release, The Florida Project has been seen as a beacon for the Indie film scene, proof that the unconventional, the raw, the original, and the human can still flourish in a world of superheroes, franchises, CGI, and astronomical budgets.

Masterfully combining heart-breaking truth with a To Kill a Mockingbird perspective and sensibility, Baker’s film harbours some fantastically natural dialogue, interesting and complex character relationships, and some tremendous performances from a largely unknown cast.

It gained one nomination, but it should have been more.

What it should’ve been nominated for: There should have had a Best Picture nom in there. Baker should’ve got a Best Director nod and Alexis Zabe deserved a nomination for her Cinematography. And – although a mightily impressive category as it is – there might’ve been acting noms for both Bria Vinaite and Brooklynn Prince.

War for the Planet of the Apes

Not since a certain King Kong has a monkey taken the cinematic world by storm quite like Caesar. Matt Reeves’ third chapter in the rebooted Planet of the Apes saga is easily the best of the lot, and one of the finest ‘threequels’ in recent memory – since a certain Hobbit took a trip up a mountain…(and look how that did at the Oscars…!)

War is a profoundly layered and timely epic, sweeping snow covered landscapes, dense forests, and deep inner conflictions. So much more than a motion-capture extravaganza, amidst the bloodshed, War has real heart. Serkis continues to bang away at the door of the overlookers. One day. One day soon. TOGETHER.STRONG

What it should’ve been nominated for: A Best Actor nom for Serkis, surely. Frustratingly, Hostiles has gone silently under the radar since its release. Perhaps it is because, for large chunks, Hostiles is a quiet film that often subverts what you expect a western to be, and certainly what it sounds like. Scott Cooper’s film combines convention with a dense, novelistic narrative style, and interweaves episodes of explosive visual brutality with a much slower, lingering psychological pain that eats away at the characters for the film’s hefty 2.15 hour run time.

Each shot is gorgeously realised, each musical note intricately timed, and each thematic thread so delicately spun that I feel my own hostility towards the Academy bubbling up as I write this.

What it should’ve been nominated for: Best Picture. A Best Actor nomination for Christian Bale. A Cinematography nod for Masanobu Takayanagi. And an Original Score nomination for Max Richter. Simple.

The surprisingly joyous, uplifting package that was The Disaster Artist was harshly unrecognised by the Academy this year. Clearly they aren’t fans of The Room, or of Tommy Wiseau; or indeed of James Franco, apparently.

Nope, no Best Actor nomination for the Golden Globe winning Franco. And who wouldn’t want to see a bit of Wiseau on the 4th March? All we can say is, altogether now:

What it should’ve been nominated for: A Best Actor nod for Franco must’ve been on everyone’s predictions, right? 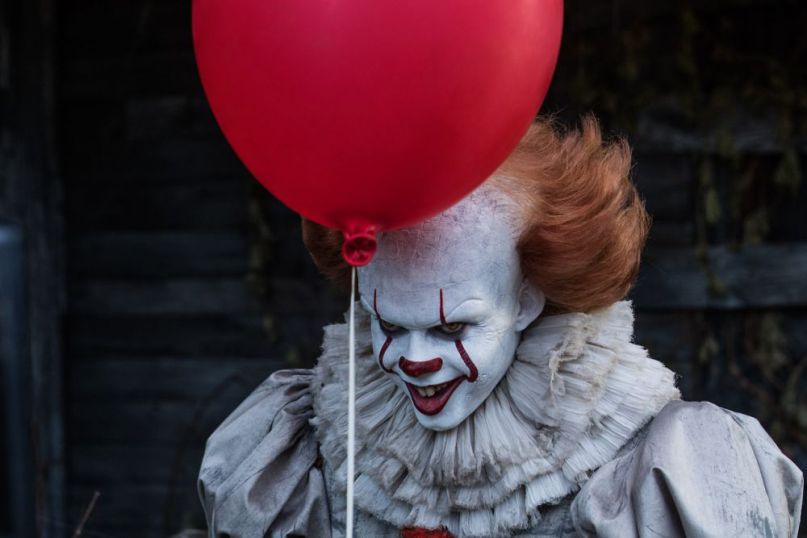 So we might already have enough clowns currently in our lives, in the public eye, and in positions of power, but what’s the harm in making a song and dance about one more, eh?

While Get Out – flying that horror flag with pride – killed it in the award nominations, sadly Andy Muschietti’s Stand By Me-meets –Elm Street re-hash of Stephen King’s novel, and the 1990 TV series (you know, that Tim Curry one), was criminally overlooked.

However, the script was an utter delight – slick, funny, warming – and certainly worthy of an Adapted Screenplay nod. Similarly, would anyone object to a Makeup and Hairstyling nomination for their work on Pennywise alone?

What it should’ve been nominated for: Adapted Screenplay. Makeup and Hairstyling.

As expected, Blade Runner 2049 hit the jackpot in the technical award nominations (#TeamDeakins), lapping up some richly deserved nods in Cinematography and Visual Effects, among others.

But where, I hear you cry, is the mention of Denis Villeneuve in the category of Best Director? Didn’t make the cut, apparently. And as for a Best Picture nomination, you can forget it.

We might be being a tad greedy – 2049 landed 5 nominations in total – but who are these bunch of replicants that call themselves the Academy? Fully subservient Wallace next-gen prototypes, one would hazard a guess…

What it should’ve been nominated for: Best Director nomination for Villeneuve. Best Picture. And I’d be partial to a Supporting Actor and Actress inclusion for both Ford and Ana de Armas, respectively.

What it should’ve been nominated for: Just sayin’: Driver for a Best Supporting Actor nomination?