“Where was your first time?”

Mine was in London, on a Sunday morning, at the back of a small French cinema in Kensington.

She was dressed to the nines, showing me things I had never seen before, making sounds that both pleasured and disoriented, with speech that was simultaneously derogatory and poetic. The middle-aged couple in the seat next to me certainly seemed very pleased by what they were seeing…

I’d lost my virginity – my London Film Festival virginity, that is; ‘She’ being the cinema screen, of course.

So, taking time out from writing shoehorned soft-core metaphors that wouldn’t even make the grade in an Esso garage top-shelf publication, I headed to the Big Smoke for a two-day whistle stop tour of the BFI’s 61st annual London film festival.

At the expense of decent levels of hydration, healthy amounts of sleep, and any regard for personal hygiene, I was able to cram in a sextet of cinematic pleasures (it would have been seven had the signals at Acton station not fancied a day of annual leave). I deliberately tried to steer clear of the anticipated big-hitters, knowing that I’ll get to see most of them in a few months’ time when they get widespread release; deciding instead to stick to those smaller, under-the-radar films with intriguing subject matter or striking structural, narrative, or stylistic choices. I expected to enjoy some more than others. As it turns out, I did enjoy more than others. But perhaps not the ones I was expecting.

Like every comedy franchise that’s run out of ideas: if in doubt, send them on holiday. And so here it is: my run-down of my very own LFF 2-day vacation (minus the comedy). The story of how I actually lost my virginity will have to wait for another time, you’ll be glad to know. 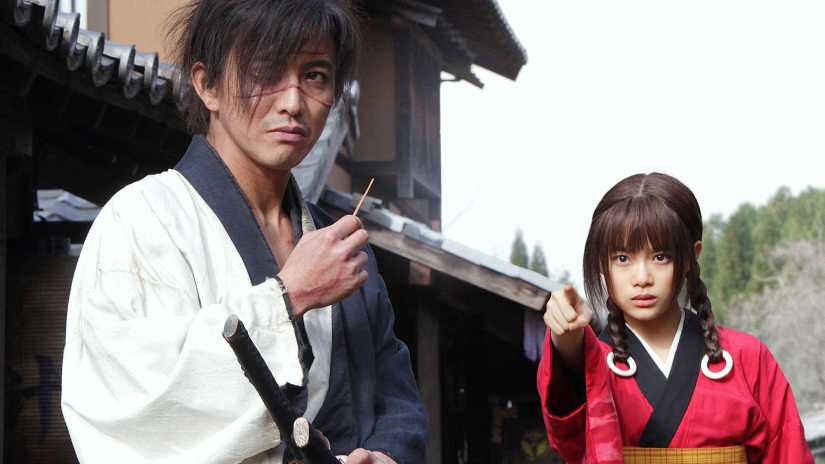 Blade of the Immortal

Perhaps the most high-profile film I saw at the festival – and certainly the biggest directorial name – Miike’s 100th film is, as one might expect from the maker of Audition and Ichi the Killer, excessively violent, and rather bonkers. Based on a popular Japanese manga, Blade of the Immortal tells the story of a Samurai who, after being granted immortality, vows to exact revenge on those responsible for the murder of a young girl’s parents.

We’re barely allowed time to adjust the seat and organise the snacks before we are thrust headfirst into the action, here. Fast, frantic, and fluid (both in direction and flow of bloodshed), Miike’s film chooses spectacle over narrative as we watch our protagonist battle his way through an unnecessary 3-hours of rather repetitive limb slicing and dicing. There are fleeting moments when it is more than just a blade that cuts deep, as the seeds of fatherhood start to sprout in the bloody bond between our two main players; but for the most part we’re here for the swordplay – and boy, oh boy, does Miike deliver on that.

So Help Me God

A documentary that so often feels like a mocumentary, So Help Me God gives us seemingly unrestricted behind-the-scenes glimpse into the work of Anne Gruwez – a rather unusual Belgian judge with rather unconventional methods, who is perhaps the closest thing to a living, breathing Coen character that we’ve seen in many a year.

Underpinned by a rather grisly cold case investigation, this is a film that is at times deeply unsettling – one rather graphic examination of a suspect’s corpse pushes the boundaries of acceptability – and at others darkly comical – “It’s nice when satisfied customers come back” our judge states about a reoffending criminal.

An intriguing, engaging exploration into those on either side of the law, Hinant and Libon’s fly-on-the-wall style (there are no interviews conducted here) leaves little space for over-egged sentimentality, but retains a very human angle that is occasionally shocking, occasionally heart-breaking, and occasionally warming. The humour becomes a welcome deviation from the seriousness, and often bleakness, of the stories of those who wind up in Gruwez’s office, and also an important tactic in her own armoury, serving as an important defence mechanism in a profession where contact with human depravity is a daily occurrence.

Unusual and unconventional, So Help Me God won’t tick everyone’s boxes, but for avid docu-fanatics, this one’s well worth a look. 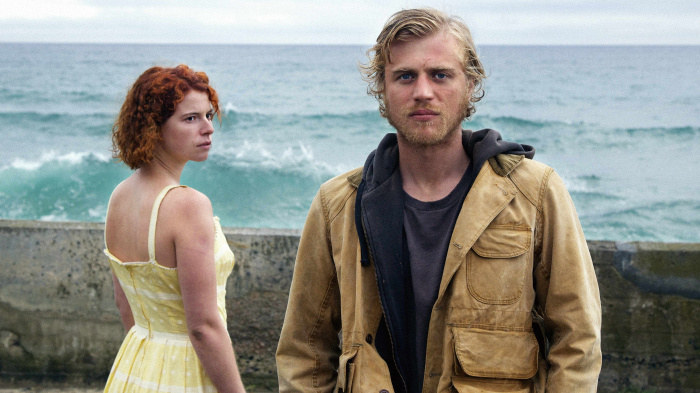 While it might adopt many of the familiar genre tropes, Beast weaves an intricate and patient narrative that is chilling and liberating in equal measure. Taking those tropes, and spinning them in unexpected ways, Pearce’s film is bold and assured in the sinister avenues it wants to take us down. Offering generous layering of both forbidden romance, and gritty, twisty murder-mystery, Beast is a striking, ambiguous monster that sinks its sharp claws in deep and refuses to retract them.

Buckley is utterly mesmerising in the lead role, and the film’s success largely rests on her talented shoulders as she delivers a wonderfully unhinged performance. Set on the Isle of Jersey, she’s an island herself: slowly transitioning from polite, but unfulfilled enigma, to something much more unstable.

It’s likely you’ll be hearing a lot more from Beast in the near future, so do yourself a favour and go hunt it down. 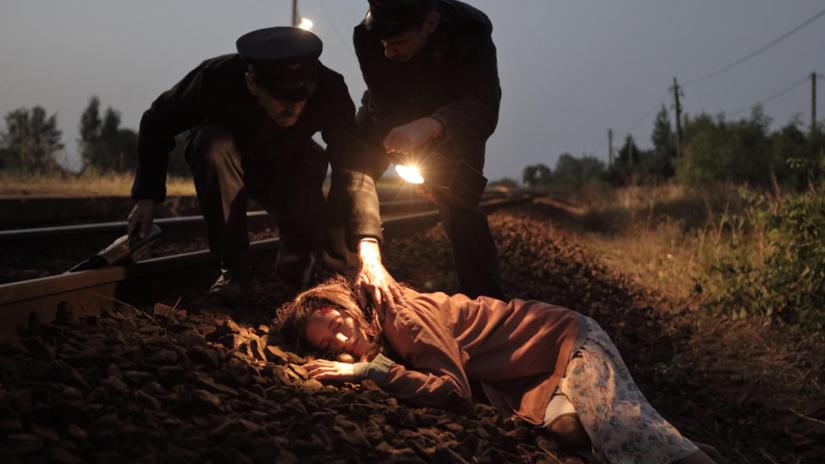 With his words encapsulating the film as well as any utterance or summary could, Sopsits’ Strangled (A martfüi rém for those among you fluent in Hungarian) is an unflinching, relentless depiction of a real-life 1960’s murder case in the provincial town of Martfü.

When the boyfriend of a young woman found brutally murdered confesses to her killing and is sent to jail, the small-town community and authorities alike breathe a deep sigh of relief. However, when a number of women turn up savagely murdered years later, not only does it appear that an innocent man is behind bars, but that the real culprit is very much still at large.

But why, I hear you ask, would an innocent man confess to such crimes?

Well, rarely shying away from each gruesome detail, Sopsits’ camera points to atrocities committed on both sides of the law – where miscarriages of justice and political irresponsibility appear almost as damning and harrowing as the heinous crimes on show.

Well-paced, if not a tad convoluted, Strangled is a film embedded in the details, with a less-than-subtle propensity to shock – so much so that the film, at times, seems to lose sight of any sense of cohesion or characterisation. Uneasy and unnerving viewing, Strangled will grasp you firmly and won’t let go until it’s satisfied it has shown you enough of the darkest sides of the human condition. 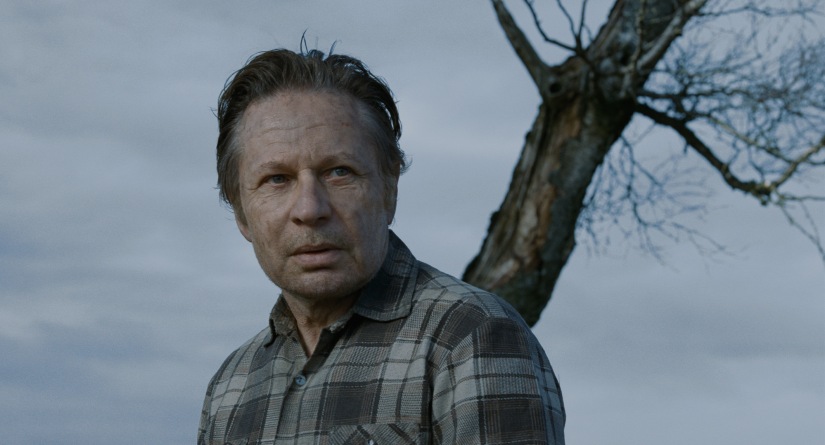 A quiet, on-the-surface simple tale of farming, fatherhood, and fate, this raw slice of Swedish realism is sombre, touching, and heart-breaking – the impact of which you might not feel the full effect of until long after the credits roll.

Jens Assur’s beautifully realised film depicts the daily hardships of a 1970’s Swedish farmer (played with wonderful delicacy by Reine Brynolfsson) who, struggling with the growing demands of his work on mind and body, staggers on in the hope that his adolescent son Klas will take on the family mantle and continue his legacy. Young Klas, however, might just have other aspirations.

With Ravens, there’s an impressive thematic juxtaposition at play – offering up muted blends of saddening inevitability, and uplifting coming-of-age. Assur’s two-pronged depiction of time is pure cinematic patience: where hovering, lingering camera-shots are as enriching as they appear dull, and intriguing as they are seemingly mundane. And while its meanings might often elude, and its visuals occasionally enigmatic, it doesn’t come as any less impactful, and will leave you in a state of deep, deep contemplation. 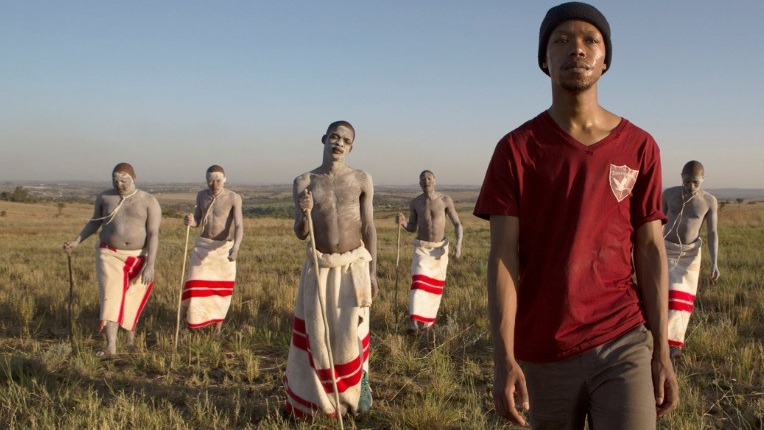 In the rural hills of South Africa, Xolani (a brilliantly measured feature debut from musician Nakhane Touré) joins fellow members of the Xhosa community to help initiate a group of teenagers into manhood. Amidst the various cultural rituals, a particularly defiant initiate from the city discovers Xolani’s secret, and in doing so, puts his entire existence at risk.

Both touching and shocking, there are powerful parallels at work in Trengove’s film – from coming of age to coming out; to a two-pronged search for identity for both initiate and initiator. Receiving a standing ovation at the screening I was in, The Wound wasn’t one I expected to have as profound an impact on me as it did. It’s a timely and insightful examination that deserves time on the mainstream circuit.