It came as quite a surprise to me just how many people in my family and social sphere didn’t instantly know who Woody Harrelson was. A lot of them do, however, know a ‘Woody Harrison’, whoever that might be (either a chain of steakhouse restaurants or the protagonist in a Pinocchio re-telling Han Solo spin-off Star Wars prequel), or that little, fast-talking, funny dude from Annie Hall. The fact that Woody HARRELSON has never really been the poster-boy for any huge film franchise (the closest being his turn as alcoholic mentor Haymitch Abernathy in The Hunger Games series, of course), means that he is often difficult to pinpoint for someone who struggles to put names to faces. But in many ways, this is to his credit as an actor: never typecast or restricted to a certain character archetype, Harrelson’s talents are complemented with a wonderful creative freedom that enables him to repeatedly pop-up in equally quirky and diverse roles across nearly all genres (unless you’re counting The People vs. Larry Flynt, I’ve yet to come across him in any of those deeply enriching softcore pornography narratives, but hey, Pornhub is a big place…). As an embodiment of a more contemporary definition of screen actor, the Hollywood journeyman seems to have been around forever, yet continues to ooze genuine likeability and respect with performances that often go under the radar. So, when it was announced that his latest venture, an ambitious project entitled Lost in London, would be screening in Oxford and the man himself would be gracing the cinema with his presence for a post-film Q&A, I jumped (well, not literally jumped as, Woody himself knows, white men can’t jump of course) at the chance to be in attendance. 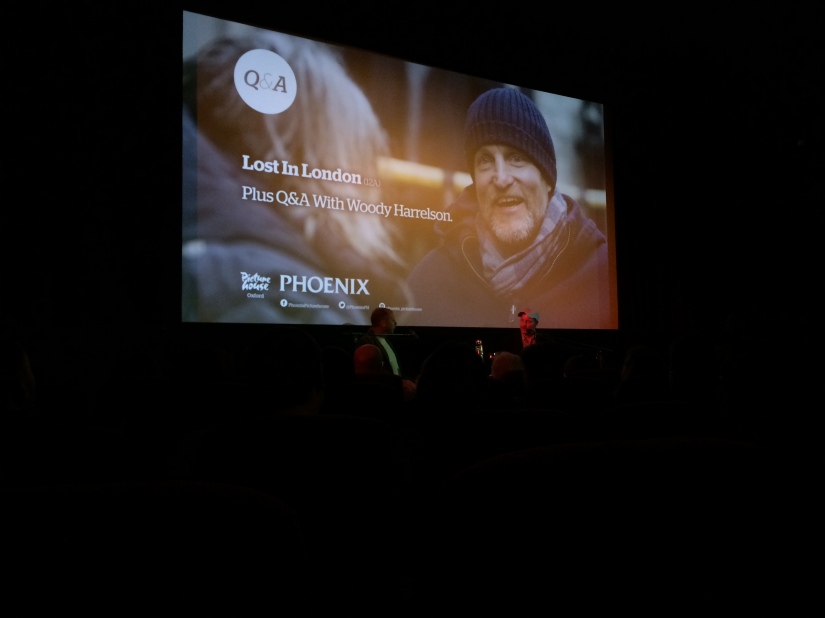 Lost in London, written, directed and starring Woody Harrelson, is a truly remarkable feat of modern filmmaking. Based on his very own experiences of a night he had in Soho in 2002, the film centres around Harrelson (playing himself) and his various run-ins with the law, angry taxi-drivers, and a few unexpected famous faces in unlikely places; each with equally hilarious consequences as he desperately attempts to keep the promise he made to his kids of a Harry Potter set visit.

Narratively alone, Harrelson’s directorial debut is a resounding success, as ingenious wit, comical self-awareness, and slapstick comedy collaborate brilliantly with the film’s more emotional beating heart. Add into the mix the fact that Lost in London was shot in one take, in real time, and streamed live to hundreds of multiplex screens across the US in January of 2017, and you have yourself a wonderfully unique and ground-breaking work of cinema. It is later confirmed in the Q&A that only the sound quality was enhanced post-production, and Harrelson laughs about one more obvious mistake that occurs in the film, which the hawk-eyed audience members (not me) quickly jump on when the floor is opened for questions. But everyone in attendance and involved with the film unanimously agree that the film is nothing short of a logistical miracle. Unlike all other films, there isn’t the safety net of another take, and the word ‘cut’ is simply not allowed for this to work – this is true organic art. Questions are quickly thrown at Harrelson enquiring about any such back-up or alternative plans should the cameraman trip and fall or if lines were forgotten, as he sits there in his calm, warm demeanour, wearing his London tourist cap and, in true Haymitch style, sipping his glass of red wine. Harrelson smiles as he responds: ‘Trust’. And this, as much as a single word could, perfectly sums up this brave and risky artistic venture: this is a film about trust, about dedication, about promises that transcends far beyond the tale of a whacky Texan running around the streets of London, encompassing the miraculous efforts of all those in-front and behind the camera.

Quizzed on almost everything, from biggest learning curves (my question to him, I might add), to Bono, to spiritualism, Harrelson responds with a resounding politeness, depth, and tongue for dry humour. This is a work he is clearly immensely proud of, and with good reason too – not many cinema screens I’ve been in have erupted in laughter as loudly as they did during a particularly ‘intimate’ moment in a nightclub bathroom cubical. Crucially though, he remains totally humble, even going as far as assuring us that this won’t get even close to winning an Oscar during the Q&A when asked which Oscar category he would most want Lost in London to win.

What struck me most was not that it was freakin’ Woody Harrelson sitting only a few feet from me, but that the man sitting a few feet from me was someone who was truly compelled and dedicated to crafting something remarkably different and new; a work that pushes the boundaries of cinematic capability that bit further. Lost in London is far from being the best film released in 2017, but in terms of ambition and sheer boldness, it rubs shoulders with the very best.

I would urge all to go and see it if you get the chance. One word of advice before you do though, on the basis of an answer Harrelson gave when asked about what was used for a certain bodily fluid: I’d avoid Lentil soup before-hand, and probably after for that matter… 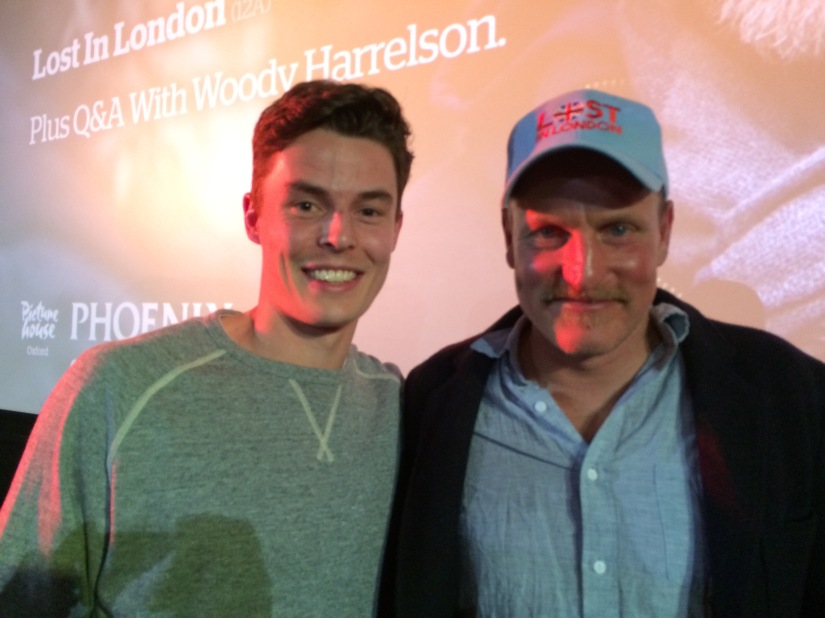