It’s safe to say that Jordan Peele’s directorial debut, Get Out, is the first horror film in a very long time to get people talking – I mean really talking.

Whether it was your cup of tea or not (those who’ve seen it will appreciate that one), its impact and widespread interest has been undeniable. So to stir that post-cinema trip discussion pot that little bit more, here are 6 (unconfirmed) hidden messages that you may have missed in a film that already taps into issues and ideas that resonate far wider than the four walls of a multiplex screen.

1.The clothing has real thematic relevance – the subtle clothing choices in Peele’s film really play to its exploration of racism in America. During the party at the Armitage house,  Chris is wearing distinctively different clothing to the other party guests, and later Chris and Rose can be seen embracing on the sofa – his denim blue and her red and white stripes loosely resembling the American flag. The idea of America as ‘the land of the free’ is completely undermined when we see Chris and Rose wearing the above clothing during the film’s climatic revelations, making Chris’ capture and Rose’s deception all the more poignant.

2.Cell Phones – In the film, mobile phones (the flash of the camera more specifically) are presented as a method of waking people from their hypnotic state. Given the influx of videos circulating the internet in recent years, capturing police brutality against black citizens in America, the phone in Get Out has added relevance when, just like in those real-life videos, it is used to humanise those victims who would otherwise be nothing more than a name or a face.

3. The “Sunken Place” as an allegory for the American penitentiary –  The recent Oscar-nominated documentary 13th brought to the table the argument that slavery in America has never truly gone away and the shear number of incarcerated black men and women in US prisons supports this theory. In Get Out, Peele presents the “Sunken Place” as a dark vacuum where African Americans are trapped and left to be forgotten – both physically and psychologically contained at the hands of white America. Interpret that as you will…

4. Cotton – during the film’s final third, when Chris finds himself tied to an old arm chair in the basement of the Armitage household and subjected to the first stage of the psychological re-programming, he claws away at the leather arm rests. As explained earlier in the film, at first this appears to reflect the habit Chris has developed as a result of the guilt he feels after his Mother’s death; however, the connotations to slavery once again surface when he is literally forced to pick cotton from the beneath the chair’s leather exterior. The irony of Peele’s film comes into play here, however, when it is that very cotton that ultimately saves him. 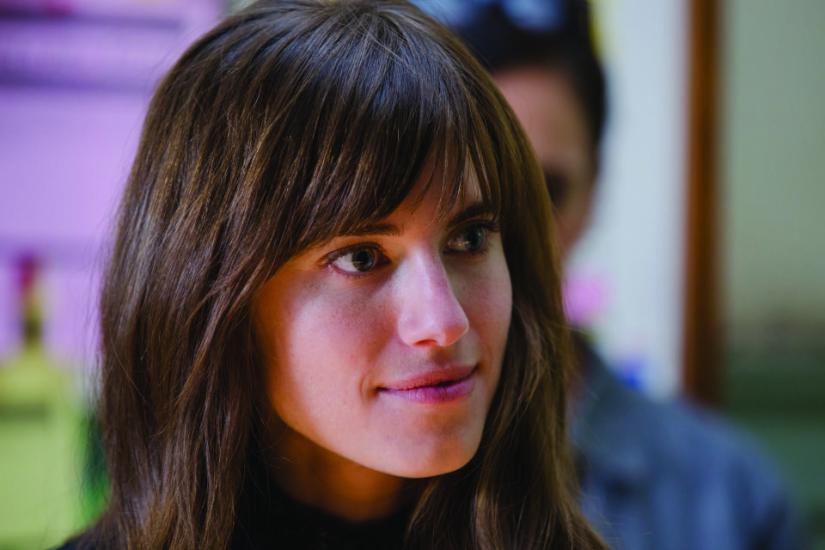 5. Fruit Loops and Milk – just prior to the film’s climatic showdown, Rose is seen scouring the internet for her next victim while she eats a bowl of dry Fruit Loops and a glass of milk. While on the surface this seems nothing more than an odd and unnerving extension of her psychotic nature, it is made all the more disturbing by the underlying racism in the fact she refuses to mix the white with the colours. Additionally, her very name should really give away her true nature – beautiful on top but with sharp thorns beneath.

6. The film’s real tragic hero is – Georgina. As one of the seemingly passive, creepy duo of the Armitage servants, housemaid Georgina’s tragic character arc can be easily overlooked. Whereas for the most part, Walter has succumbed to his sunken place residency, there are clues throughout Get Out that suggest the real Georgina isn’t throwing in the towel just yet. During her interaction with Chris in Rose’s bedroom, there is an odd moment when she starts exclaiming ‘No! No! No, No, No’ with an eerie smile etched across her face, while tears trickle down her cheek. While initially this is just another episode designed to ramp up the creepiness factor, it’s an odd juxtaposition of emotion that also suggests the real Georgina is still alive and kicking in that body of hers. She is the only one of the African American characters not to momentarily regain consciousness as result of a camera flash, meaning that her struggle is all the more impressive and infinitely more sad. Georgina’s subtle meddling ways – such as unplugging Chris’ phone – might, at first, seem nothing more than sinister acts to unnerve our protagonist and ultimately cut off his contact from the outside world; however, it also serves as a possible foreshadowing and answer to the question of why the door to Rose’s closet was so conveniently ajar in the film’s big reveal, and the box of photos so neatly placed there for Chris to investigate and realise the extent of Rose’s lies. In her struggle, it would appear that one of the final acts of the real Georgina was to warn Chris of the impending danger. Heroic indeed!

Leave a Reply to What's the Motive? Cancel reply